How Nicotine affects your Heart? 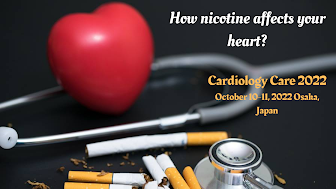 Nicotine is consumed whether you smoke regular cigarettes or electronic cigarettes. Nicotine has a multitude of effects on your body, the most notable of which is on your cardiovascular system. It is highly addicting and might cause withdrawal symptoms if you try to stop using it. Nicotine affects your heart by Increasing your blood pressure. Speeding up your heart rate. Narrowing your arteries. Furthermore, nicotine may contribute to the hardening of arterial walls. Nicotine can have a direct impact on your circulatory system and how your heart works. This could eventually result in a heart attack. Nicotine lingers in your system for six to eight hours after you smoke. So, depending on how many cigarettes you smoke every day, you're putting nicotine into your system all day. Remember that nicotine is highly addicting. Nicotine appears to be just as addictive as alcohol, heroin, or cocaine, according to research. The good news is that quitting smokin
Post a Comment
Read more

Can Too Much Caffeine Increase Your Risk for a Heart Attack? 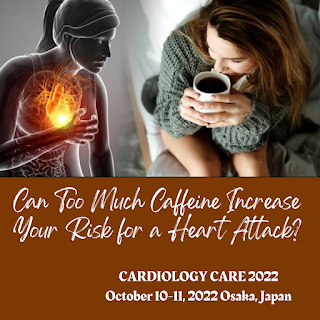 Although coffee has been demonstrated to raise blood pressure, this effect is usually transient and diminishes with time if you consume caffeinated beverages on a regular basis. Caffeine can cause palpitations in some persons who are more susceptible to it. If this describes you, it's best to avoid caffeine. Caffeine can be present in a variety of foods, including tea, green tea, coffee, energy drinks, cola, and chocolate. People with high blood pressure, angina, or arrhythmia consumed less caffeinated coffee and were more likely to drink decaffeinated coffee, according to the study. Importantly, there was clear evidence that their genetic predisposition to cardiovascular disease led to a reduction in coffee consumption. This eliminates out the possibility that they were more susceptible to cardiovascular illness because they drank less coffee.
Post a Comment
Read more